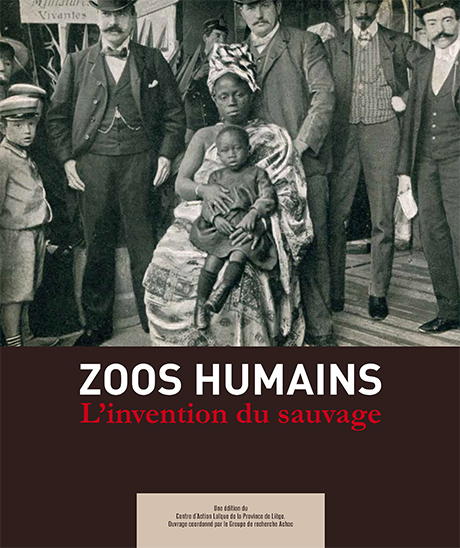 In 2016, an earlier and more targeted version of this travelling exhibition was held at the Cité Miroir in Liège.
That exhibition was accompanied by a catalogue entitled Zoos humains. L’Invention du sauvage. Its authors include P. Blanchard and M. Couttenier, curators of the current exhibition, as well as other contributors from the RMCA. Many of the themes and documents in the catalogue reflect the ones presented in Tervuren.

This richly illustrated coffee table book will be available in the AfricaShop.
For nearly five centuries (1490-1960), putting humans on exhibit would represent an industry that fascinated more than a billion and four hundred million visitors and involve between thirty and thirty-five thousand ‘exhibited persons’ all over the world. These spectacles, the first visual contact between cultures, marked a division and created a hierarchy between the so-called ‘civilized’ and ‘savage’ peoples of the world in the Western mind. The phenomenon saw a peak that began in the mid-19th century and would last until the 1950s, when it became an essential component of a veritable exhibition industry.
This book provides insights on the hows and whys of such displays in Western society and the consequences thereof. In Belgium, as in much of Western Europe, visitors came by the million between 1885 and 1958 to catch a glimpse of so-called ‘savages’ from all four corners of the world, including Belgian colonies, who were the players in the grand spectacle of Otherness and gave legitimacy to colonization.

Only in French - On sale at the AfricaShop and via the RMCA Publications service. 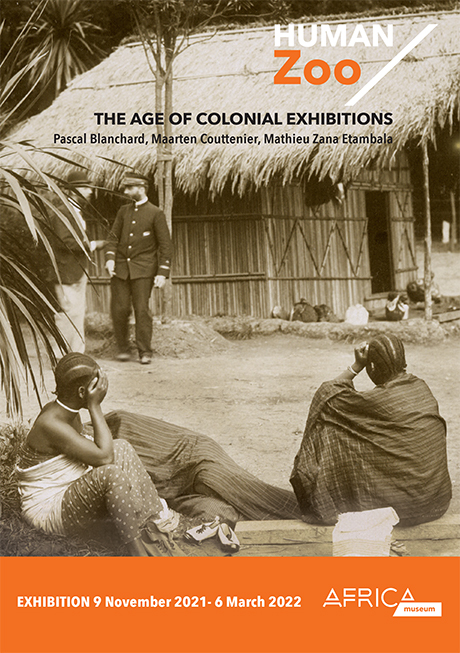 This catalogue accompanies the exhibit Human zoo. The age of colonial exhibitions. After stops in Paris (Musée du quai Branly), Rouen (Muséum), Liège (Cité Miroir), and Point-à-Pitre (Mémorial ACTe), this travelling exhibition is presented at the Royal Museum for Central Africa in partnership with the Groupe de recherche Achac to mark 125 years since a colonial section was set up in Tervuren as part of the 1897 International Exhibition of Brussels.

Designed by historian Pascal Blanchard (Groupe de recherche Achac) and Maarten Couttenier and Mathieu Zana Etambala (RMCA), the exhibit takes the visitor back to the forgotten history of ‘human zoos’. While it puts the spotlight on Tervuren, the exhibit places the phenomenon of ‘ethnographic’ displays in a broader context. From the early 19th century up to the Second World War, such ‘exhibitions’ were organized all across Europe as well as in the United States, Japan, and even Congo itself (in 1931), growing in popularity as new colonial conquests were made. They staged not only Africans but inhabitants of all colonized territories: American Indians, Aboriginals, Indians, Asians, Maghrebis, Orientals, Fuegians… Yet it was after 1880 that such exhibitions truly flourished in Europe. From a few individuals put on display at the start, the attractions rapidly took the form of ‘human zoos’ featuring exotic decorations or ‘real villages’ on show for millions of visitors.

With the help of over 500 documents, the exhibit takes a historical and thematic approach to examining the line between ‘exotics’ and the colonized, science and voyeurism, colonialism and racism, and hopes to lift the anonymity of the persons exhibited (particularly the Congolese present in the park of Tervuren in 1897 and in other exhibitions in Belgium between 1880 and 1958).

On sale at the AfricaShop and via the RMCA Publications service.